Eduten is a digital math learning platform for grades K-12 and beyond. Developed by one of Finland’s top universities, Eduten has spread to over 50 countries worldwide and is used by more than 1 million students.

Created by teachers, for teachers, Eduten is based on Finnish pedagogy and is adaptable to any curriculum worldwide. Currently, Eduten is available in English, Spanish, Portuguese, Vietnamese, Japanese, Lithuanian and Ukrainian.

Eduten creates positive and active learning experiences and we envision our platform being used in every school around the world. 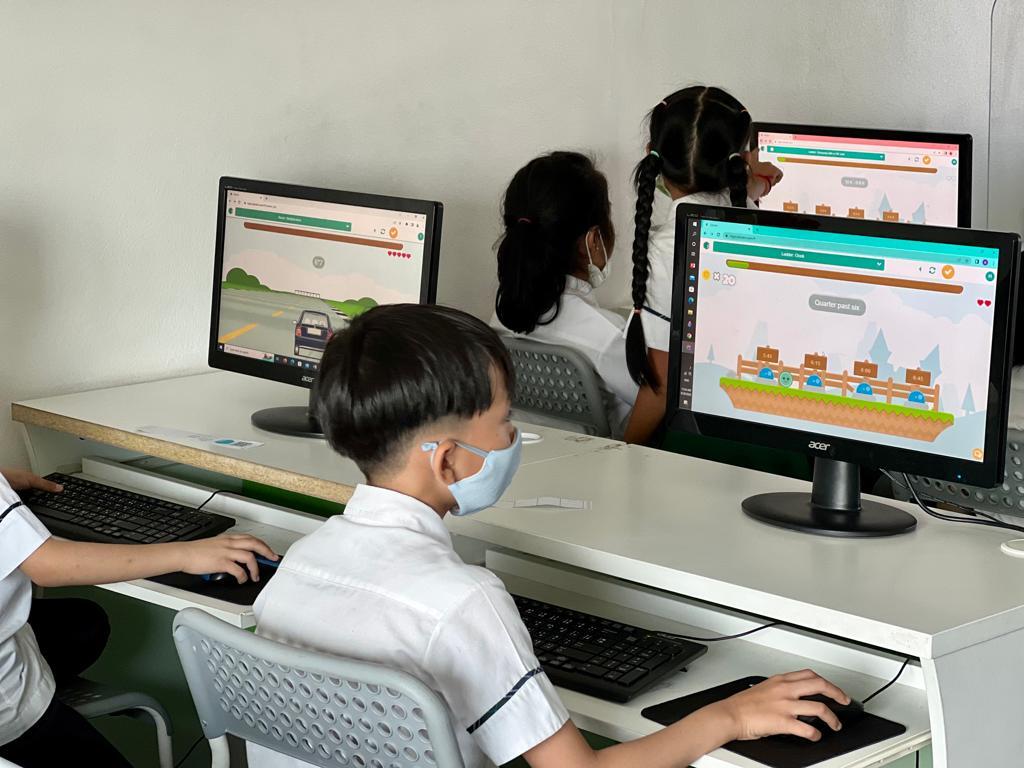 Eduten is based on more than 15 years of University research on digital teaching and learning. Students gain learning improvements rapidly, as proven by dozens or studies all over the world. 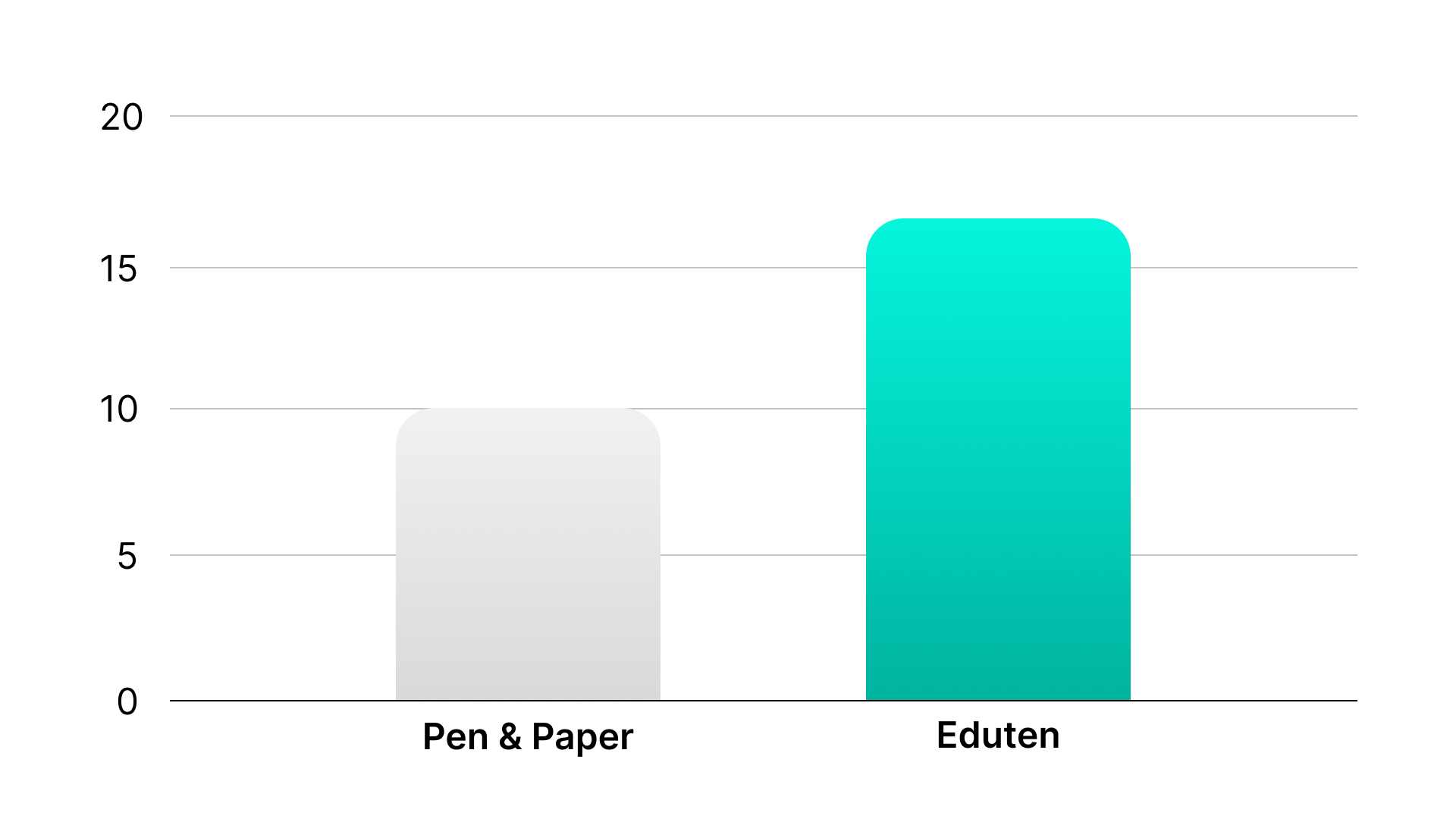 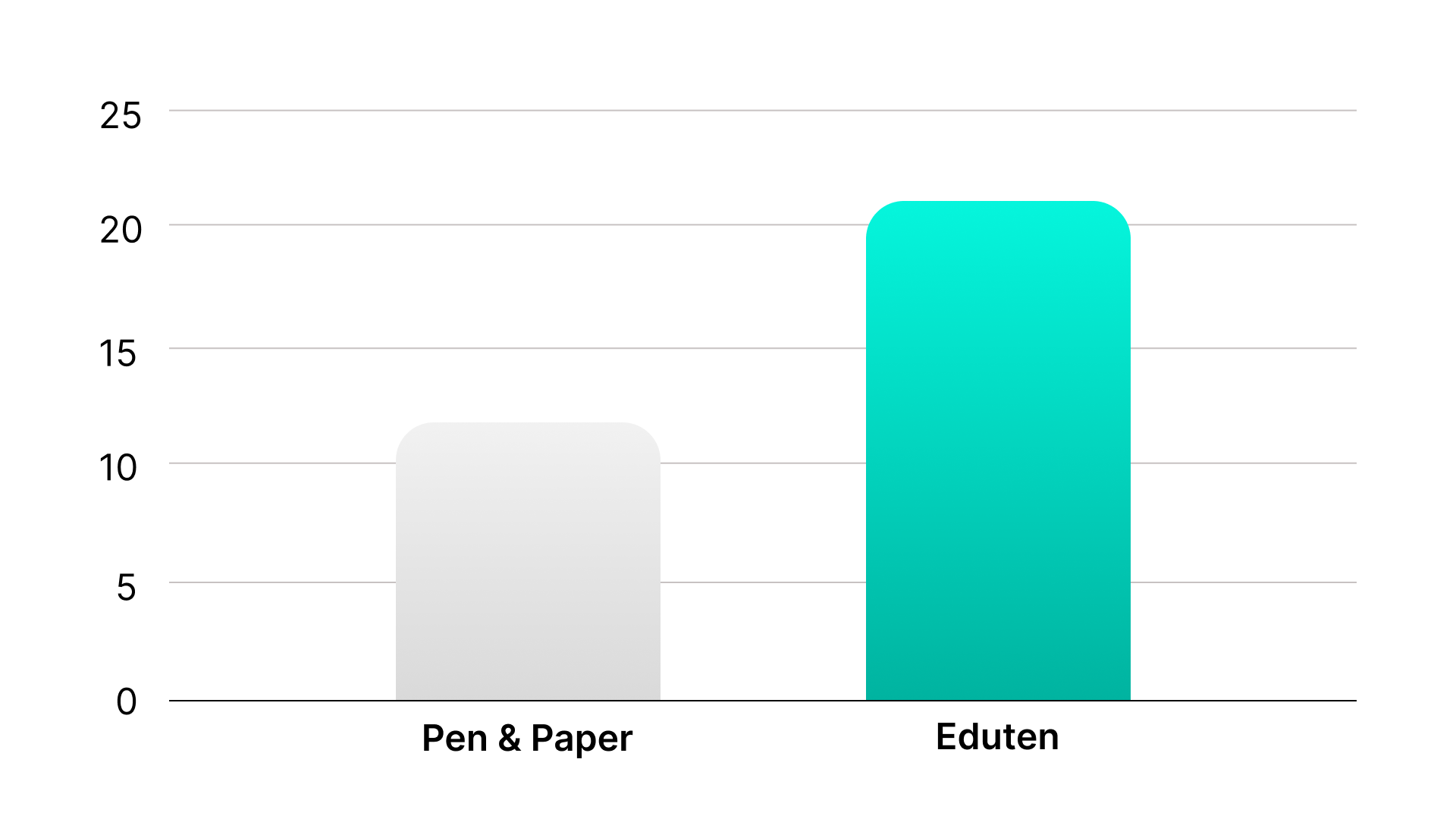 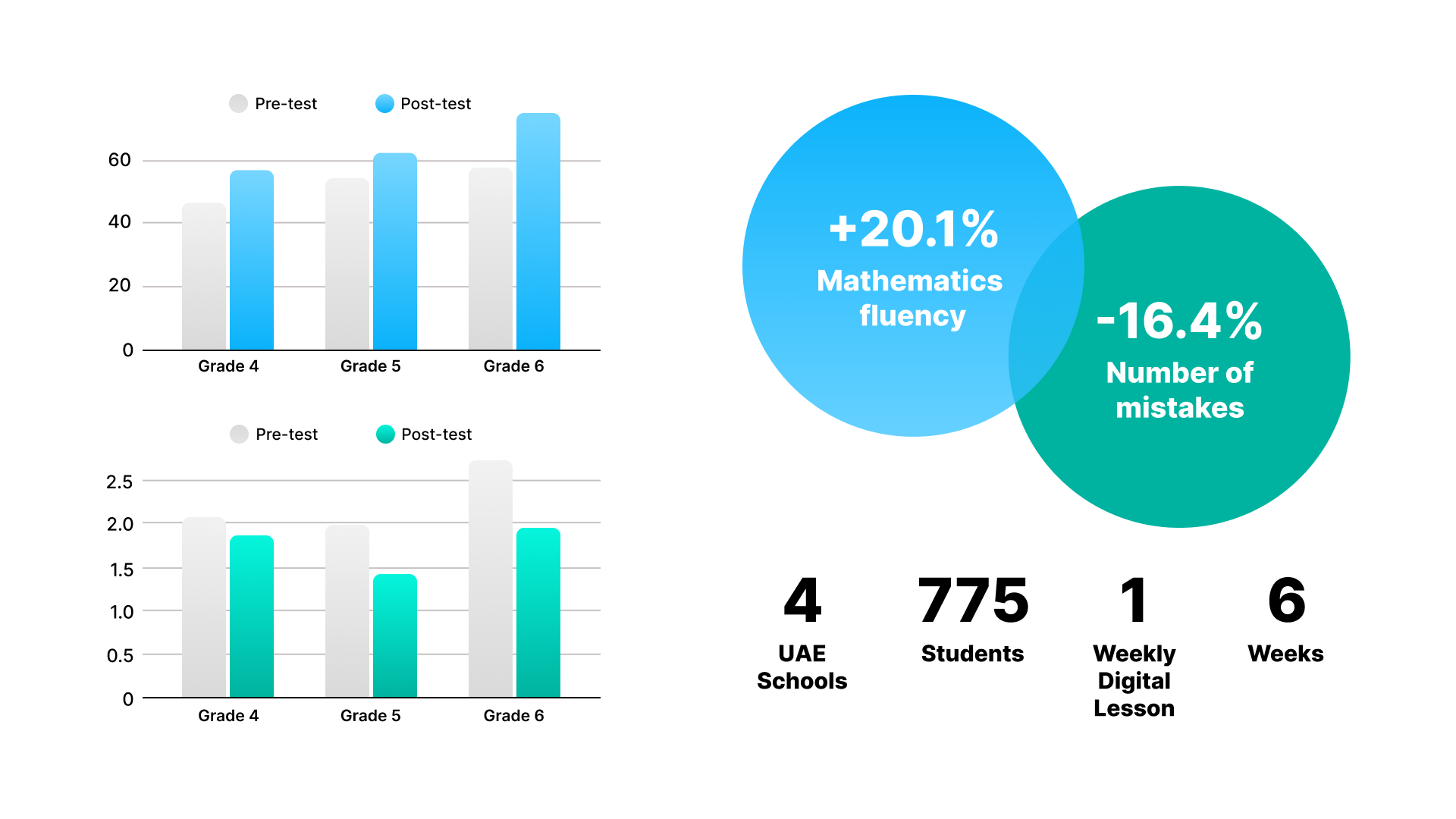 The Best Learning Analytics in the World

School leaders have access to a school-wide statistics dashboard. It provides real-time data on the entire school that enables data-driven decision-making and teacher support.

Eduten marks the work in real-time. This means more time for teachers to do what matters — teach and be present with their students. Eduten also provides automated assessments (and marks them!) so teachers can assess students and use the results to help them immediately.

Eduten includes a simple and powerful parent reporting tool that makes it easy for teachers to share student progress and achievements with their parents and guardians. 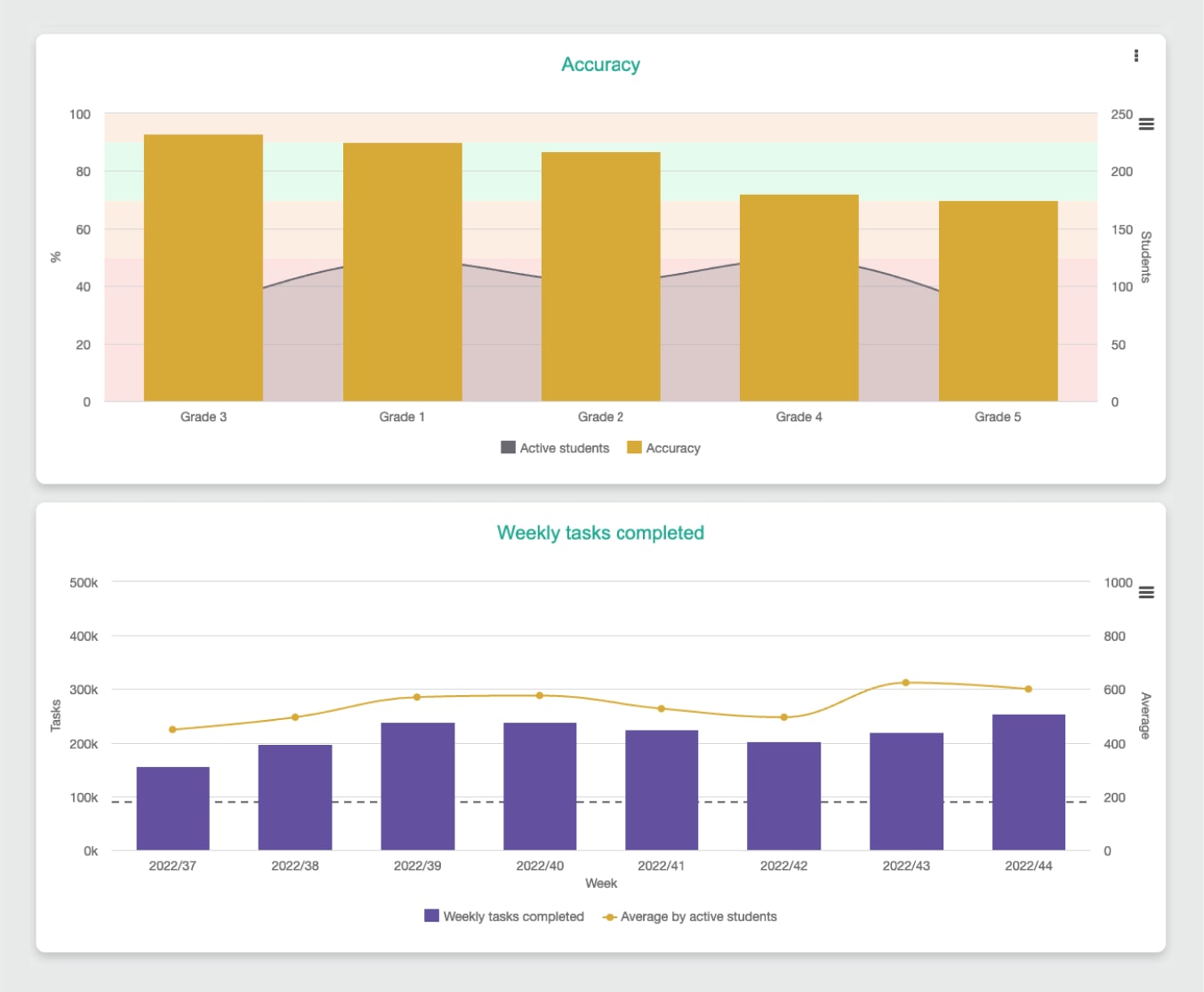 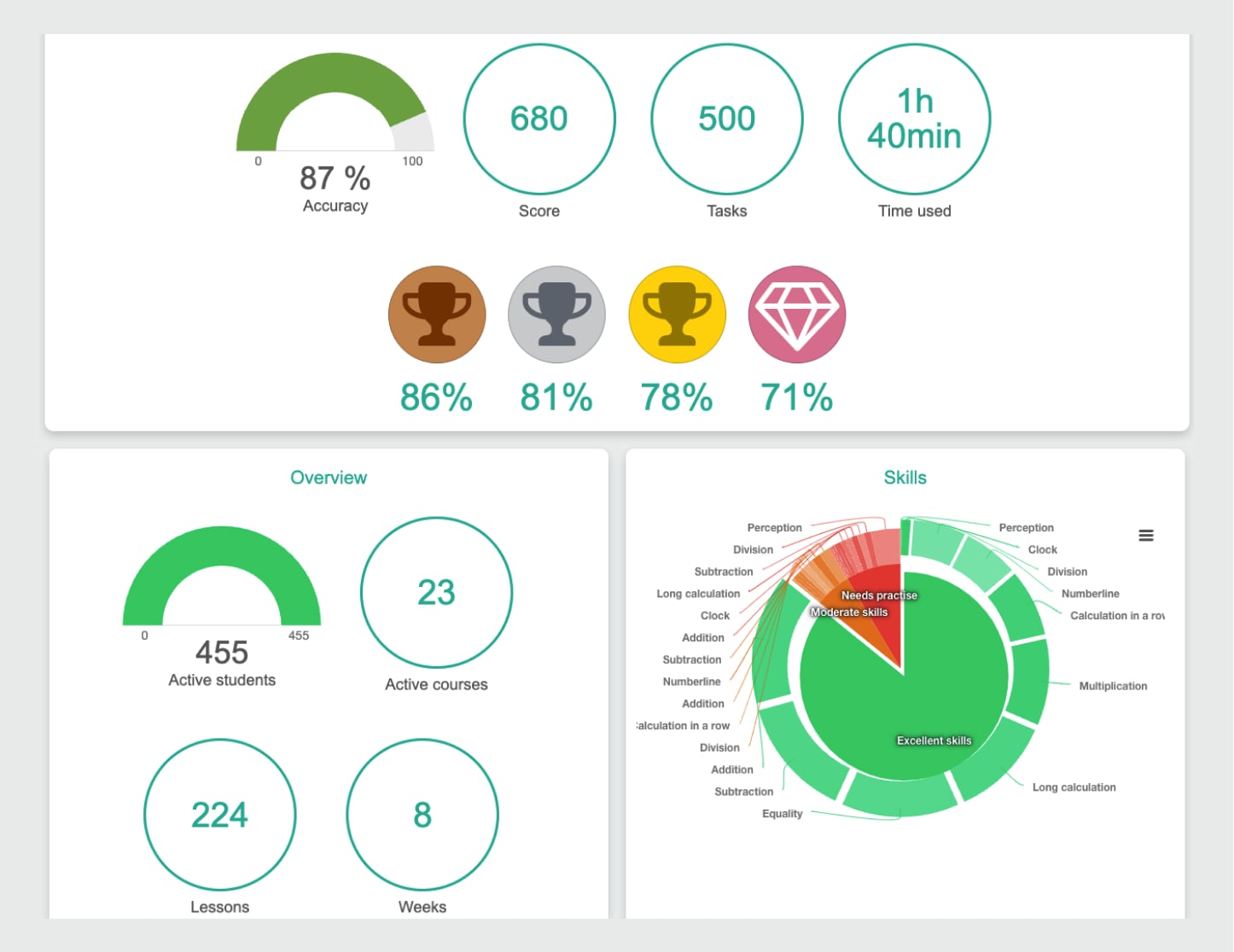 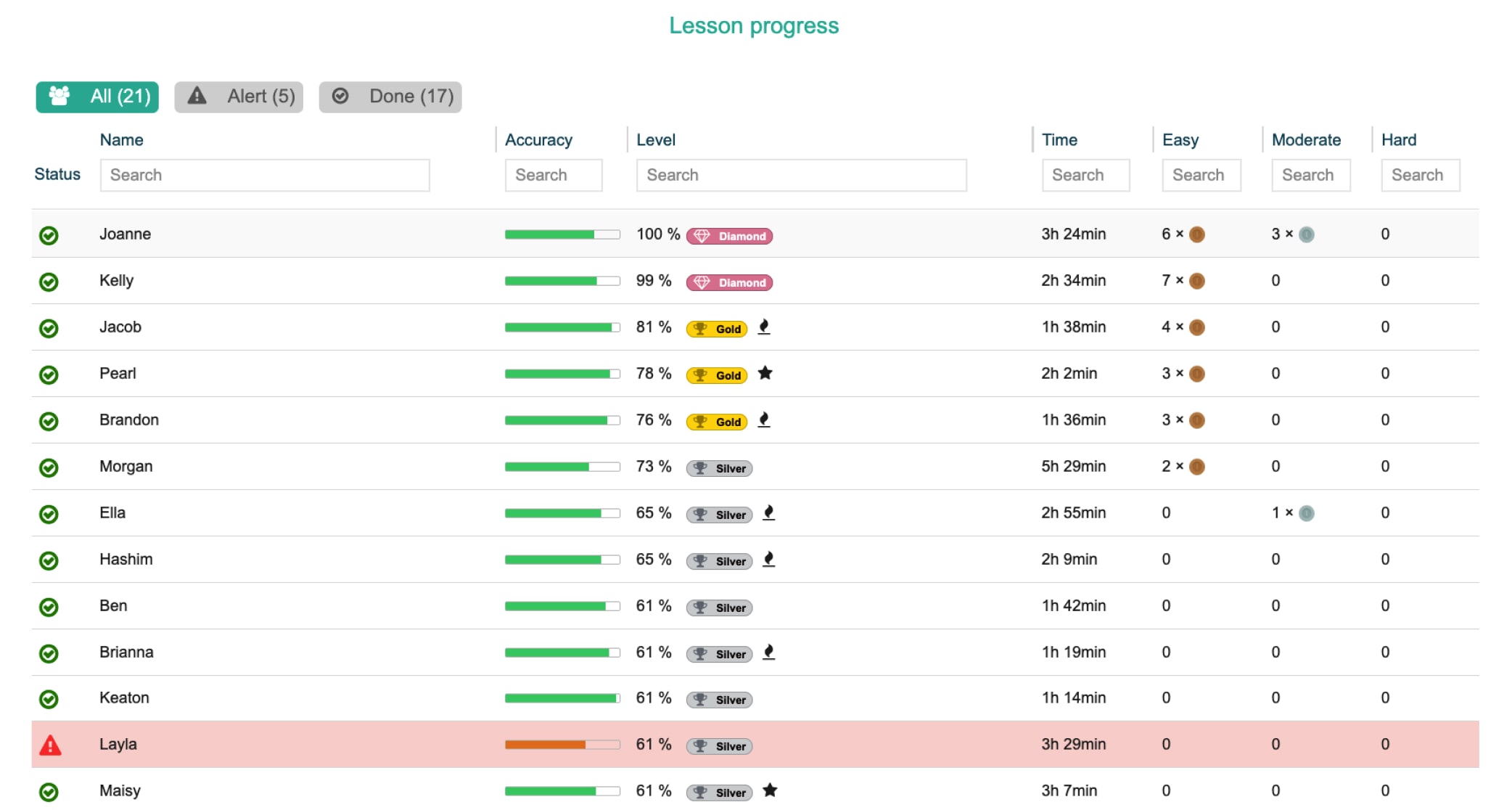 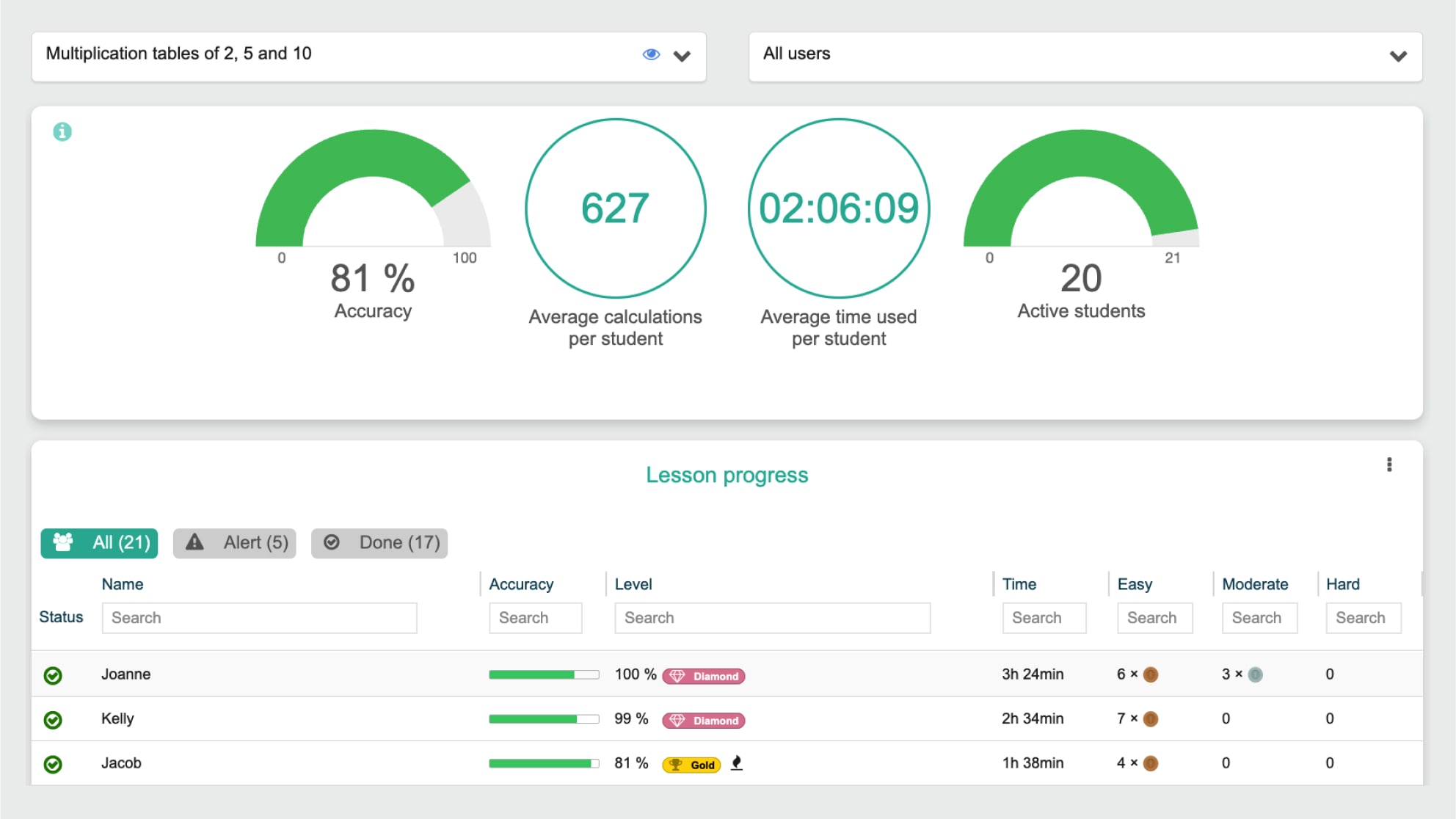 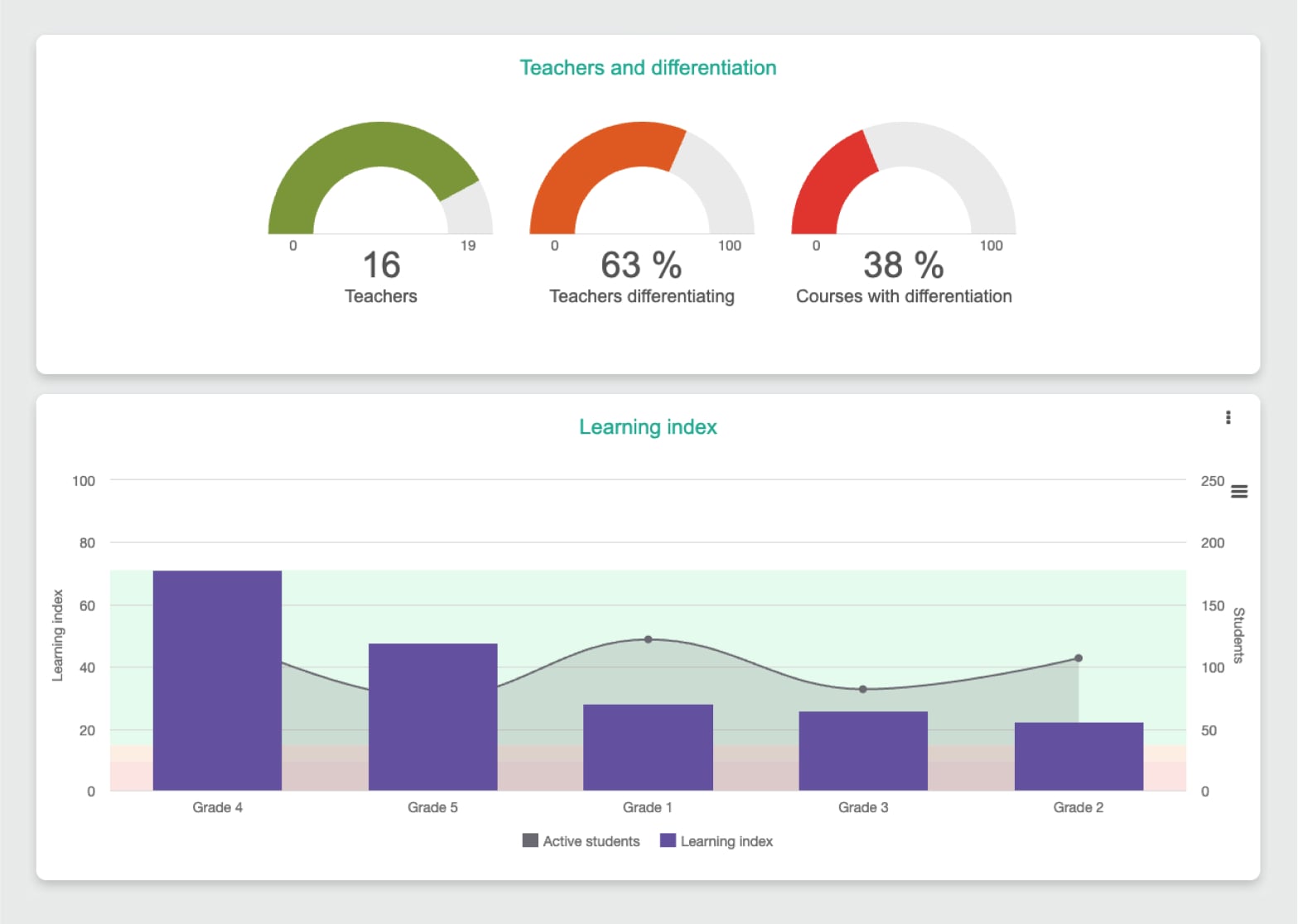 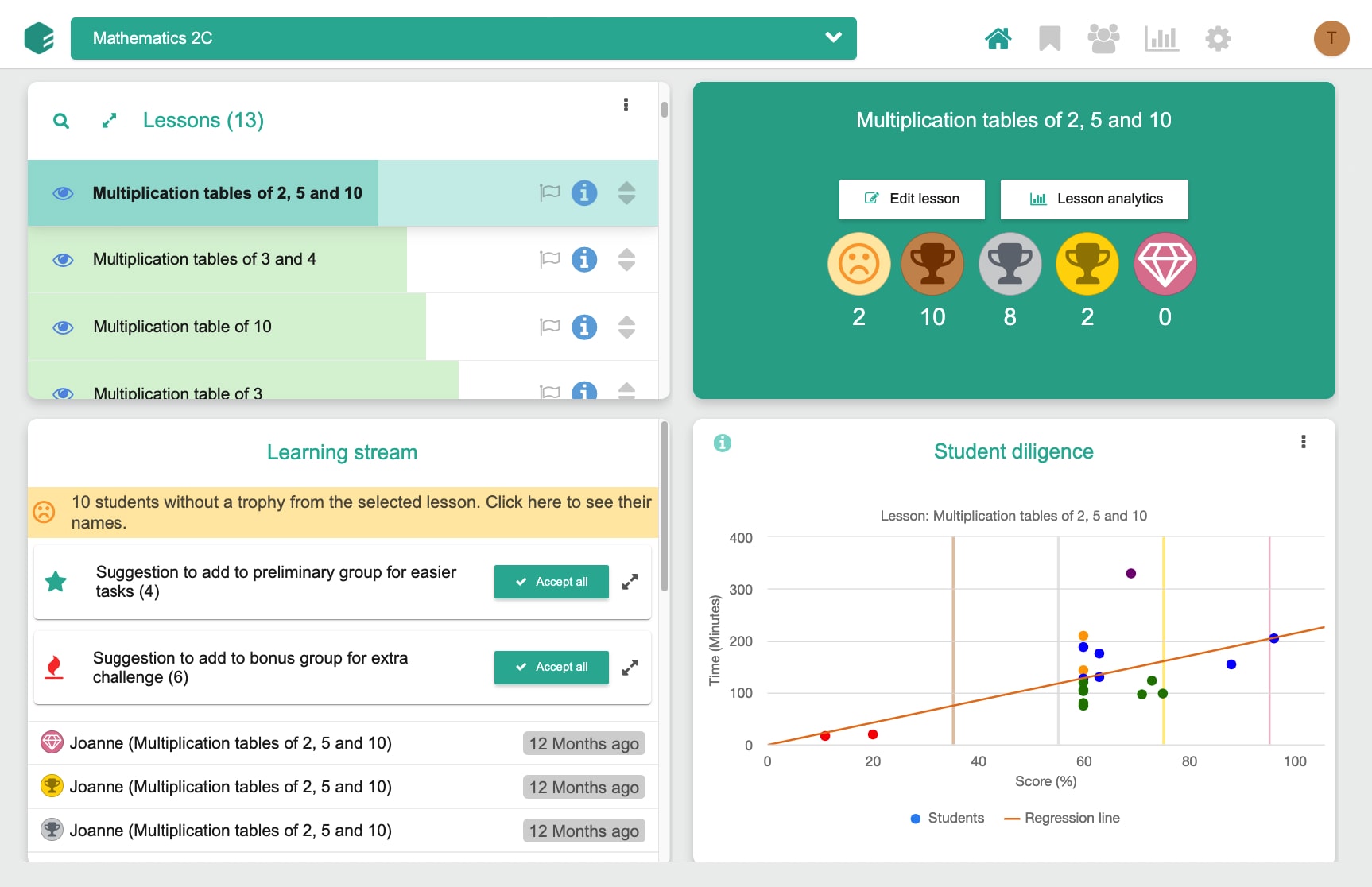 Eduten’s learning impact is a carefully crafted learning environment that leverages gamification, differentiation, easy goal setting and many other methods. The end result is students who want to work more to improve their skills. Studies show that using Eduten, students solve up to 8 times more tasks compared to pen and paper. 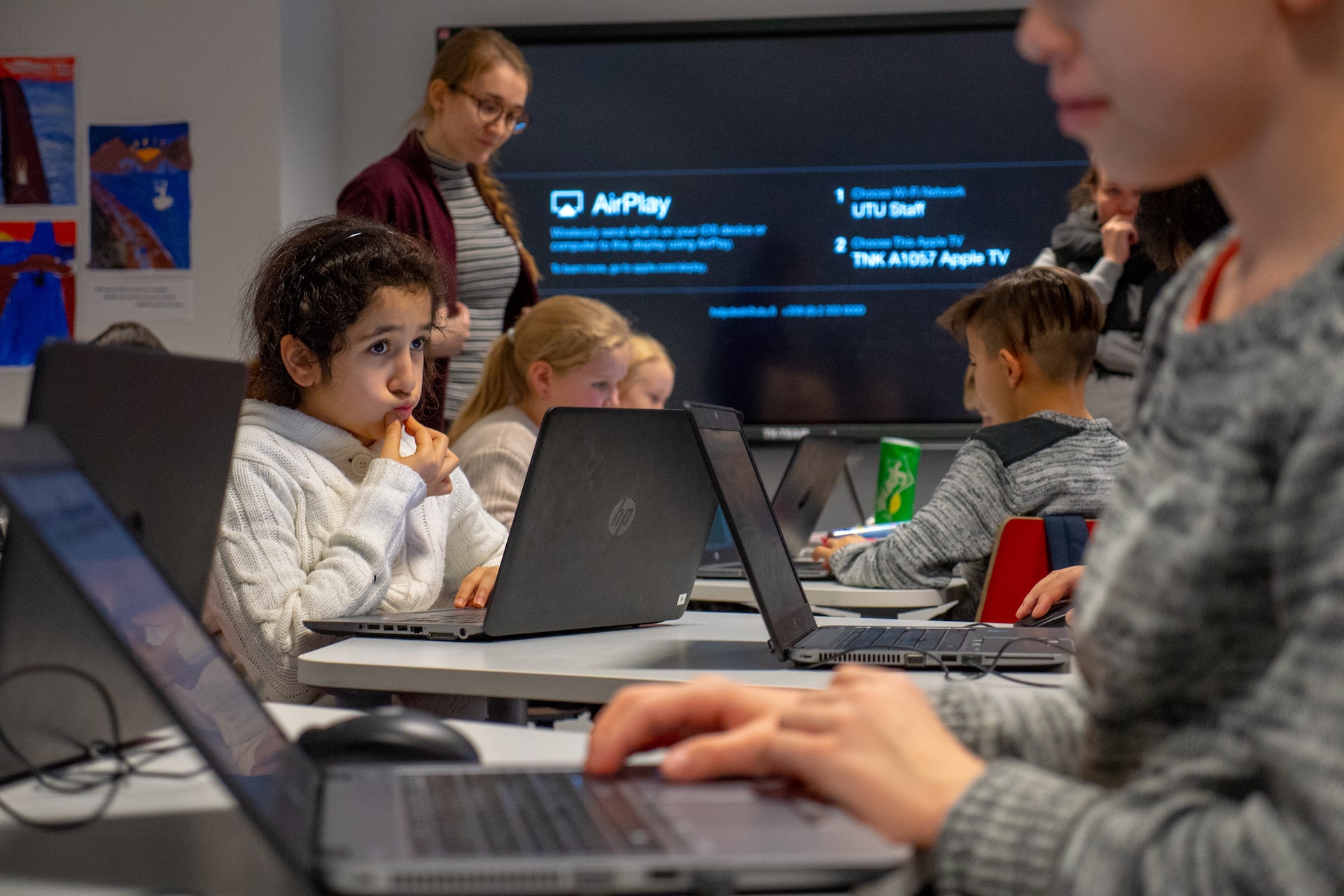 Eduten is very easy to learn and it fits teachers’ existing workflows. Our revolutionary digital platform offers insightful learning analytics, effortless differentiation, effective gamification, lesson planning support and easy curriculum customisation. We want to support teachers to do what they do best — help their students learn.

Adapting Eduten in their classrooms offers teachers the following benefits:

Less Time on Paperwork and Assessments

Eduten’s exercises are automatically assessed. Instead of never-ending pop quizzes, teachers spend more time providing personal guidance and support to those students who need it most.

Eduten’s learning analytics provide real-time insights into students’ learning. Teachers can view the progress of the students individually or as a group. Eduten’s automatic misconception analysis enables teachers to focus on the students and topics that need their help most.

Eduten makes it easy for teachers to customise the exercises across different ability levels. At the click of a button, teachers can provide a suitable challenge for every individual in their classroom. 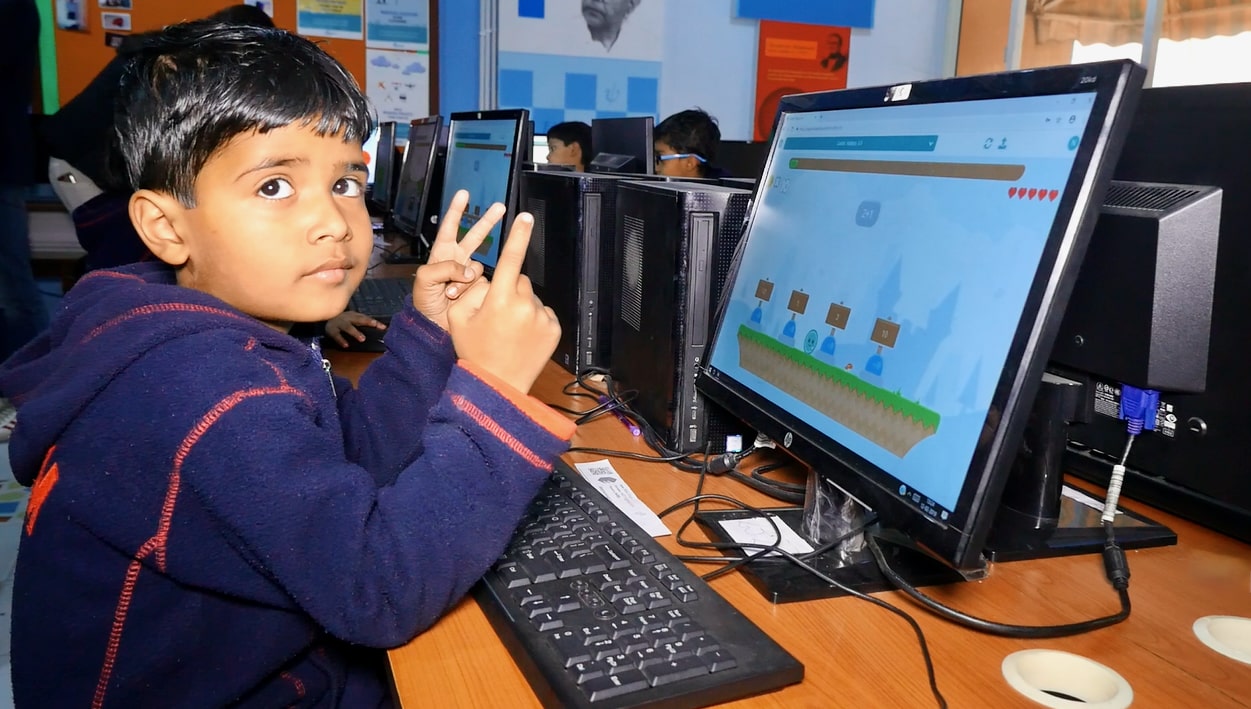 Eduten is available for schools, home schools and other educational institutions anywhere in the world.